Children have never had it so good. Well, maybe. With children having more and more options of how to spend their leisure time than ever before, their engagement with sports must now compete with a variety of influences and distractions. Some activities, like the increased availability of travel are very positive, though some that challenge the status quo, like social media or online gaming, have brought with it both positives and negatives. However, they all eat into time and effort that often used to be devoted to watching or playing sports.

Technology has had a significant impact on the level of physical activity children do on a daily basis. Research conducted by Ofcom in 2016 highlighted that the average five to 15-year-old spent a staggering 15 hours a week browsing the internet, and this screen time was separate to the 13 hours and 36 minutes spent watching a TV1. With over 28 hours of time in front of a computer or television, this influence has significantly shifted the engagement and participation in general physical activity.

Interestingly, this doesn’t just boil down to the frequency in which pupils engage in sports and other physical activities. The rise of video gaming, and internet applications such as Twitch (a live streaming video platform) have also influenced how much sport is being consumed by young people. According to statistics, video gamers aged between 18 and 25 now spend more time watching other people play games than they do traditional sports. In fact, the group of people studied (who are based in France, Germany, Japan, South Korea, the UK and the US) spend almost an hour more of their time watching streamers play games on Twitch each week than they do sports.

However, other factors affect the motivation and willingness in sports outside of these technological influences. These issues include physical and mental wellness, as well as the overall attitude to the benefits that sports play in long-term health.

It can be challenging to overcome the above factors and motivate children to participate in sports. In this blog, we will guide you through strategies to engage students in physical education and boost their interest in reaping the rewards of exercise for both the body and mind. Sometimes it can be as simple as directing them to cool sports kit from high street stores.

The health benefits of getting children interested in sport

Fundamentally, like any discipline, sport teaches students a host of life and educational skills. On the outset, physical fitness is improved. However, mental capabilities are also utilised in both training and competitive environments. In terms of how exercise impacts educational performance, several links have been found between sport and increased academic achievement. To support this link, a study carried out by the universities of Strathclyde and Dundee concluded that physical exercise benefitted performance in the classroom. The lead researcher, Dr Josie Booth, also stated: “There are other benefits and that is something that should be especially important to parents, policy-makers and people involved in education.”2

Looking a little further into the other benefits as described by Dr Josie Booth, there are a host of elements that make up the reasons why exercise helps pupils get better grades.

The most notable aspects include: 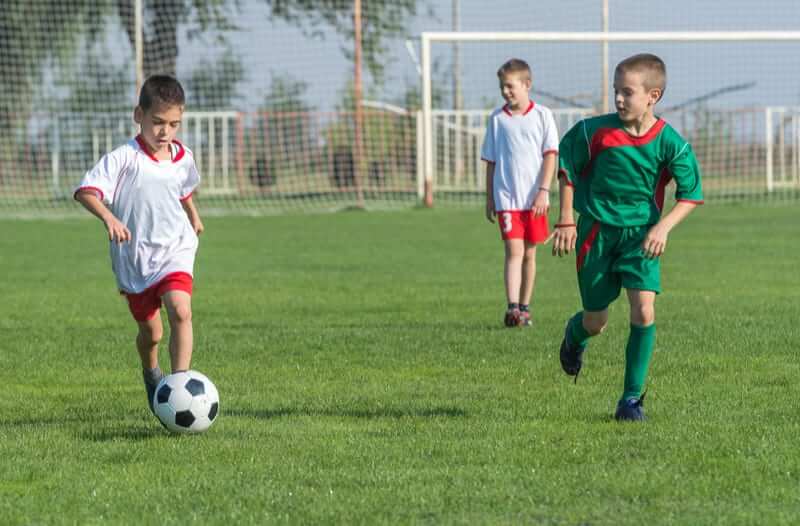 Sport and fitness play a significant role in lifestyles for some families, and children may have influential external factors, such as family role models or athletes, that they aspire to be.

British athletes have made substantial efforts to promote the benefits of sports. The legacy of the 2012 Olympics and events such as European Championships in Glasgow showcase the passion and determination of young competitors in a variety of disciplines.

There are also a range of other reasons why children love playing sports aside from winning.

Travis from FitStop Fitness advises that “children are naturally competitive and love to outdo themselves – it’s a part of growing up! Just like they love to see themselves grow taller, kids love to watch themselves move faster and take more steps in the day. Because of that, fitness trackers are absolutely amazing at encouraging children to participate in sport. Being able to see their performance and watch its improvement over time is extremely excited for a lot of kids, sporty or not. Fitness trackers are also almost game-like in the way they function, so kids are drawn to the wearable technology and love to feel like “an adult” with their fancy fitness trackers on! I highly recommend using fitness trackers to encourage children to participate in sports and be more involved in their progress. Don’t forget to be part of the experience with the child and give them lots of praise if they improve, and let them know that it’s not the end of the world if they don’t. In the end, the performance itself isn’t as important as the fact that the kids are getting out there, participating, and doing their best.”

To add to the above, Aroosha Nekonam a Personal Trainer at Ultimate Performance says “nobody needs to be tracking absolutely everything under the sun as this may become unhealthy. Importantly, fitness trackers must be used correctly and wisely. To get children into sport and enjoying progression, it best to actually start tracking sleep duration and quality, step count and water intake, all things that will simply make them healthier all round. Trackers are not always that accurate and so it is important to not take them absolutely seriously as those using them can get disappointed and/or set unrealistic goals based on previous performance. It is important to always emphasise the bigger picture of enjoying sport, taking apart and being healthy.”

In some cases, engaging a pupil is substantially more challenging than those that love sports and general PE lessons. As an example, you may have a pupil that has no interest in engaging with or participating in sporting activities, versus one that plays a number of sports in their free time. The challenge here for PE teachers is to show the first pupil the value of physical activity and help them to make time for it in their routine. This is all while maintaining the enthusiasm of the second pupil and helping them to push themselves further in their fitness.

These pupils may have many reasons why they don’t want to take part. Some of the most common areas to identify include:

Unmotivated and disengaged students can cause disruption if the above areas are not considered and accounted for during lessons.

As a PE teacher, what can you do to get kids interested in sports?

As discussed above, there are many challenges and pressures for PE teachers to provide a motivating and beneficial environment for all students. This is particularly difficult when every child has unique attributes that have to be incorporated into lesson plans. 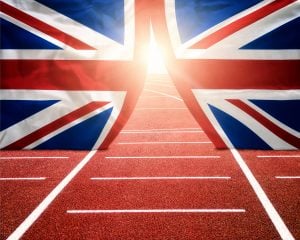 How this relates to teaching, simply put, is that kids won’t buy into the idea or lesson if you don’t fully understand and communicate why you’re delivering it. Thus, the purpose and conviction of lessons are paramount to offering inclusive sports and activities.

Anwar Khalil from My Recruitment Plus, adds that having friends and peers also interested in sports will encourage children to get involved themselves. He says: “As a dad of a 14-year-old, it’s “the friends”. If they’re doing it with friends, it means they will have fun and there will be competition. Without either of these, there’s no longevity or success, so kids will quit and if they don’t quit, they will remain mediocre.”