How to incorporate the Rugby World Cup into school P.E. lessons 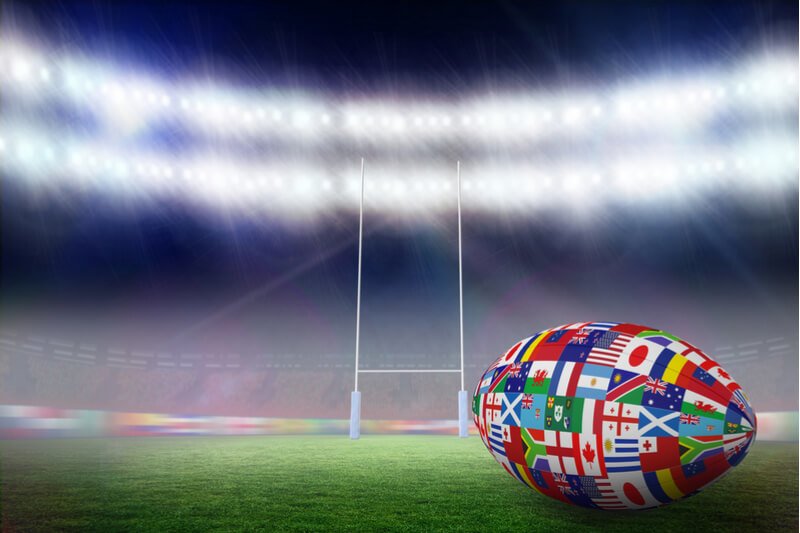 Whether you’re a diehard rugby fan or merely a casual watcher of the sport, The Rugby World Cup in Japan is set to be one of the most exciting events of this year when it kicks off in September. However, while the return of the tournament is obviously great news for anyone that enjoys watching the odd rugby match, teachers can also use the hotly anticipated event to their advantage. Mixing up your P.E lessons by focussing them on the Rugby World Cup can give you an ideal opportunity to make learning more fun and reignite your students’ interest in getting active. Here are our top tips on how to seamlessly incorporate the Rugby World Cup into your P.E lessons, as well as classes for other school subjects…

An easy way to tie the Rugby World Cup into P.E is by taking inspiration from the way that professional rugby players train for matches and big tournaments, such as the World Cup. One way you can do this is by focussing on different workouts in each lesson. Alternatively, you can get students more involved by asking them to devise their own training programme for the class in the run up to the World Cup. Teaching them the principles of how to structure training will be useful for any future sporting career, and they can choose to focus on a variety of workouts to boost their overall fitness. These include ball skills, tactics, strength and conditioning, periodisation and peaking, and recovery.

Nothing can get students more fired up about a tournament than by taking part.  A 7s tournament is the perfect way to get all the students involved. Team picks can be done by the teachers to make it as level as possible, and you can run the competition either from the start, the quarter finals or the semi-finals depending on how many students are available. This is probably the only place you will see the All Blacks lose to Namibia this year!

If your pupils are interested in honing their rugby skills due to the excitement of the Rugby World Cup, then organising a rugby sports tour is a fantastic way for you to offer them this chance (as well as score some brownie points!). Whether you choose to travel abroad or to another location in the UK, a rugby tour can let them experience playing in some of the most famous stadiums in the world while receiving professional coaching sessions from official club coaches. At inspiresport, just some of the great rugby clubs we offer tours to are the Cardiff Blues, Stade Francais, USA Perpignan and Leicester Tigers.

Vince Massara, a teacher and writer proposes that “a great way to include major events like the Rugby World Cup into schools is to make the approach cross-curricular. For example, you can use the competing countries as a basis for the entire school’s studies. You can look at the culture, history, religion, and language of the competing countries of the World Cup. You can create team events and competitions leading up to the conclusion of the world cup, with an event dedicated to the competition, the pupils involved and also the final of the Rugby World Cup.” History and Politics – there are a number of subjects that you can dedicate a lesson to relating to The World Cup and the countries that participate. Some examples of what you can cover are rugby during the Apartheid era, showing how The British Empire spread the sport, and in more recent history, the growth in professionalism and its impact on the game of rugby. Geography – Give a review of the countries that will be participating in the Rugby World Cup, focussing on areas such as their history and traditions. As an example, you could teach students about the origins of these countries and their shared histories. Languages – Want to add some variety to your school’s current language class offering? Plan one-off lessons that teach the basics of the languages of the country’s participating in the World Cup. Art and Design – Get younger pupils to design their own rugby jerseys. You can easily turn this into a fun competition with exciting prizes, including the winning design being made up! Mathematics – Focus a Maths lesson on the Rugby World Cup by discussing how teams could use the available points for a win, draw and bonus points to influence their team picks and on-pitch strategy. You can also use this as a chance to look at pack weights, averages, the physics of movement of the ball or players, or even the capacity of a stadium. A fun fact to ask is ‘In a knock out tournament of 20 teams, how many matches will be played?’ with the answer being ‘19’.  In a knock out tournament, all the teams must lose once… except the winner. Other activities – Add some World Cup spirit to the school teams. Outside of the benefits for students’ physical and mental health, with sport being proved to be a great mood booster, you can make more of teamwork and collaboration can also be promoted by asking pupils to create their own school haka. A fun one for parents evening as well! To find out more about the range of rugby tours and other sports tours being offered by inspiresport, browse our tours by sport, request a quote or contact a regional expert.