Be Coached by Club's Academy Coaches

Behind the scenes tour of Estádiodo Dragão

Futebol Clube do Porto commonly known as FC Porto is a Portuguese multi-sports club from the city of Porto, in the northern region of the country. FC Porto is an internationally lauded team, with a national record of seven international titles since 2000, making it one of Europe’s biggest and most successful teams,celebrated in their recently opened state of the art interactive museum.

With this premium football tour from inspiresport, your school or club team will train in official FC Porto kit whilst receiving top class coaching from FC Porto’s full time academy club coaches, and get the opportunity to test their newly acquired skills with matches against similar standard local opposition. On the final night of the tour, your group will have a final tour dinner authentic Portuguese restaurant, in the heart of the city, on the banks of the Douro River.

“Quality of the training - the coaches really did engage and influence the pupils, as they all enjoyed the sessions and the games. The Dragonforce team were excellent, all friendly and helpful. Fabio the rep was superb, I highly recommend him to lead any group. The Porto v Lisbon game was a great experience. Stadium and Museum tour was superb.”

The football development tour to FC Porto was outstanding! The coaching was first class, possibly the best we have had encompassing all abilities. Porto were extremely accommodating with our needs and the boys had a wonderful experience. Our rep was great, dealing with any concerns or issues in a calm and timely manner.``

“Overall a fantastic experience for both staff and Children.” 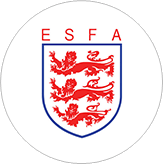 Oasis Academy Talk About their Experience at FC Porto

Your FC Porto Tour Will Include

FC Porto, founded in 1893, is a multi-sport club most famous for its football team, which is the most successful domestic club with 72 titles. Domestically, it holds the record of five Portuguese Liga titles in a row, having won the Portuguese Liga 26 times. FC Porto has the distinction of being the second team in the history of the Portuguese Liga to have completed an entire 30 game season unbeaten (in the 201011 season). FC Porto is an internationally lauded team, with a national record of seven international titles: the 198687 European Cup, the 1987 Intercontinental Cup, the 1987 UEFA Super Cup, thus becoming one of a few teams in the world to hold in possession three major international titles simultaneously and the only one in Portugal (the 200203 UEFA Cup, the 2003/04 UEFA Champions League, the 2004 Intercontinental Cup and the 2010/11 UEFA Europa League).

Originally used as the first team training ground, the legendary Campo Da Constituicao has been re named Constituição Park and is now home to the FC Porto youth teams. With an 11-a-side 3rd Generation Astro Turf pitch, a covered 7-a-side 3G pitch and a 5-a-side pitch. They also have medical staff facilities on site and a sports café for players and teachers.

Porto is a highly atmospheric place that has become known for its monuments by renowned architects (Gustave Eiffel’s Dona Maria Bridge, Nicolau Nasoni’s Clerigos Tower, Rem Koolhaas’ Casa da Musica, or Siza Vieira’s Serralves Museum). Soak up the culture and Portuguese atmosphere in this fantastic historical city, as well as sampling their hospitality and food at an authentic local restaurant on your final evening.