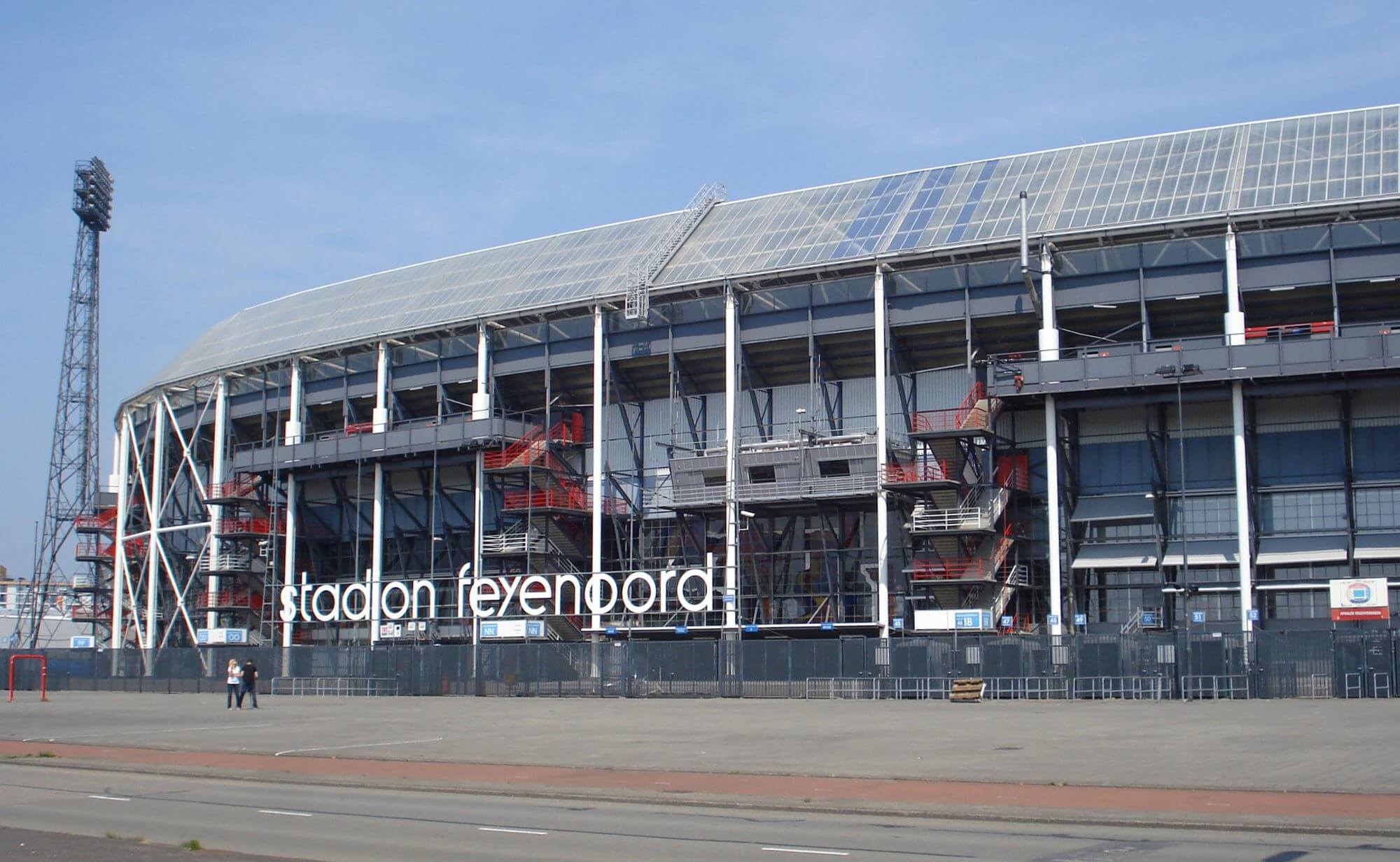 After returning from Holland in May 2015, Highworth kindly submitted a post trip report, with a difference! Detailing their tour, from start to finish, Mr Gibbons outlines exactly what to expect while on tour with us!

It really was a great trip,thank you for your help with the organisation. Thomas was by far the best rep I have had on an inspiresport trip, tour expectations were not just met, but exceeded.

May half-term saw the inaugural Key Stage 3 football tour set off for Rotterdam for a week’s training with Feyenoord, one of Holland’s top clubs. 22 Year 7s, 8s and 9s and 3 members of staff endured a 5am start and a 12-hour journey through England, across the channel on a ferry, and through France and Belgium before reaching our top-of-the-range hotel on the outskirts of Rotterdam. This would become our luxury base for our 5 days of being treated like a professional football squad, providing us with quality food, comfort and leisure.

After a much-needed long sleep on the first night, we were transported 10 minutes down the road to Feyenoord’s training ground, which lies in the shadow of the 51,000 seater De Kuip stadium. We were introduced to our coaches for the week, Ben Wijnstekers (Feyenoord legend with 36 caps for Holland) and Dwight Blackson (former Feyenoord midfielder), and taken out to the 3G astro pitch that would become our second home for the week, located just 100 yards away from the first team training pitch. In terms of coaches and facilities, we could not have asked for much better.

The week’s sessions were based on taking the most basic footballing skills, developing them and implementing them in different scenarios; all geared towards getting the boys playing Dutch “total football”. The progress made by the pupils in a relatively short space of time was remarkable. Both Ben and Dwight were impressed by how willing pupils were to listen and act on advice given. Their no-nonsense style and technical expertise were invaluable and really brought the best out of the players. Mr Gibbons, Mr Bush and Mr Barton felt equally like they had learned a great deal from the sessions run.

Whilst the pupils were also able enjoy a fantastic tour around the De Kuip, a visit to the club shop, a sports quiz, a ten pin bowling tournament and a trip to Heerenveen to watch their Europa League Play-Off Final First Leg against Vitesse Arnhem, the highlight of the week was our two fixtures against local Dutch club, Leonidas FC. The games allowed the boys to put into practice what they had been taught throughout the week and pit their wits against a well-organised, technical side. Though the Year 7 side, led by captain James Whettam, lost 3-2, the side were a credit to the school and acquitted themselves extremely well. Peter Amoni deserves a special mention for a fantastic individual goal and a man of the match display.

The Year 9 side ran out 3-2 winners (levelling the aggregate Warneford vs Leonidas score). After a slow start, captain Dan Reynolds was the catalyst for their resurgence, going on a powerful run before forcing an own goal from their defender. Two further goals from Dan Hopper sealed the victory in what was a team display characterised by a combination of ability and graft. Elliot Wardroper must also be singled out for a commanding midfield display, whilst James Whettam and Peter Amoni both stepped up to put in impressive cameo displays playing alongside and against boys two years older. The lads gained an awful lot from an international football experience and taking on a well-organised club side and all three members of staff enjoyed watching the boys represent the school so well.

At the end of the week, we were lucky enough to sit in the youth side’s stand and hold a ceremony for the players. Ben and Dwight presented the boys with certificates and medals and we gave out Manager’s Player and Player’s Player Awards. With former professional footballers on the panel, James Whettam should be exceptionally proud of winning Manager’s Player. From Day 1, James was singled out by the coaches and moved to train with the Year 9s. James rose to this challenge and excelled, taking on board every piece of advice given to him and not looking at all out of place in any session. Meanwhile, thanks no doubt to his three goals across the two games, Dan Hopper was unanimously voted Player’s Player of the Tour. Congratulations to both boys for their respective awards.

Following a fun final morning culminating in a coaches vs players match (which the coaches won thanks in part to a few pieces of technical brilliance from the former pros), we made our long way home, arriving back at Warneford tired but happy and better footballers at around 9.30pm. Many thanks to all pupils, staff and to our inspiresport partners for a fantastic and memorable week.