How to train pupils to play a higher level of sport 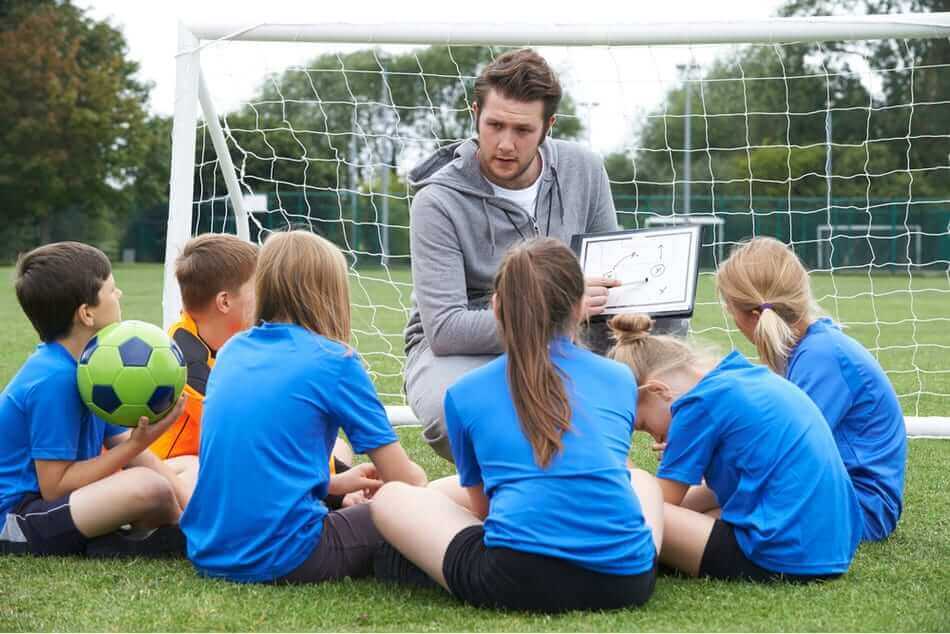 Physical Education (P.E) encourages students to keep active from a young age and develop a true love of sport that they will carry into adulthood. From solo sports like athletics and tennis, to team sports such as football, rugby, netball, hockey and cricket, ingraining this love of sport and fitness early on provides the foundations for your pupils to engage in it at a higher level in the future, whether they chose to play for fun or competitively.

The way in which children are taught P.E will differ from Key Stage to Key Stage, with more focus being placed on skills, tactics and self-assessment as they progress through the years. By the time they reach GCSE stage, pupils’ sporting and fitness activities will be far more self-directed both inside and outside of school. When they’ve reached this level, athletes will also be formed, with stars already starting to emerge, and habits and sports-orientated friendships having been created.

In this blog, inspiresport will be examining how you can train your pupils to play a higher level of sport at various stages of their education. The first section will examine how your P.E lessons can help them to develop their sporting skills as they transition to secondary school, where focus is shifted away from learning the basics to refining their skills.

In the second section, we will explore how focussing on teaching students how to evaluate and critique their performances can prepare them to play at a more professional level at university.

The requirement for Physical Education in the UK

Physical Education is a compulsory subject in primary schools and secondary schools in the UK, which encourages children to develop the habit of exercising as part of their everyday lives. This is becoming increasingly important with childhood obesity and a lack of physical activity both on the rise in the UK. Despite this, there isn’t a set requirement for the number of hours of P.E that should be taught weekly.
Although 2 hours a week is recommended at a minimum, it’s up to the individual school to decide how much time is dedicated to this subject.

Unfortunately, the issue of whether schools are providing students with enough Physical Education is one that has been hotly debated for many years. As recently as 2015, The Youth Sport Trust’s National P.E, School Sport and Physical Activity Survey Report found that the average number of minutes of P.E being offered to English pupils had fallen well below the recommended 2 hours per week.

Sport and fitness needs to become part of a child’s everyday friendships and socialisation for them to develop a passion for it, and a want to improve their skills to be able to play competitively later in life. Increasing the time and availability of sports at primary and secondary schools is an important part of this. During standard P.E lessons or after school sports clubs is when many will foster a love of sports, as well as make friendships for life due to a mutual passion for a certain game.

How to tailor the teaching of P.E for each Key Stage

When it comes to Physical Education in school, the criteria of what should be taught differs from year to year. As an example, P.E classes in primary schools are geared more towards teaching the basics of movement (such as running and dancing), and developing an enjoyment of sports and fitness. On the other hand, secondary school P.E teachers are tasked with building on the enjoyment and confidence their pupils have already developed from their primary school lessons. This is split even further within each Key Stage, with each one being equally as important as the next.

Each Key Stage focusses on developing the following skills through the teaching of Physical Education in England and other parts of the UK:

You can also give your students an edge on their sporting skills by placing a focus on their attitudes to playing and critical thinking as early as possible. A great sportsman or sportswoman should be able to look back on every performance and identify what they did well, as well as determine what they need to work on to become a better athlete. As competitive games are introduced in Key Stage 2, you should be asking pupils why they think they played or didn’t play well, and setting a plan for them to work on certain areas in the next lesson.

In addition to this, teamwork is the foundation of success in many sports, including football and rugby. Ingrain this in your pupils from the moment they start playing competitive sports, and it will stick with them. Explain how each member of a team is essential, and how they can all work together for success.

By the time pupils have finished their GCSE exams and are ready to move onto a higher level of study, they should be confident in their ability to play a range of competitive sports and enjoy participating. Their P.E. lessons should have taught them the rules and regulations of each game, as well as enabled them to develop their skills and techniques by using effective tactics during games. With this in mind, they should now be prepared to play at a more skilled level. 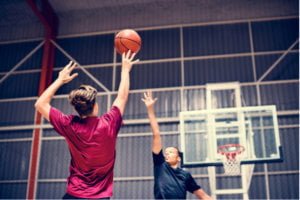 With P.E not being compulsory during A-Level studies, only those that have a passion and talent for a sport will continue to play as part of a team. This could be in an after school club run by the school, or as part of a local club that plays competitively against other teams in the area. To ensure pupils’ skills and love of sport isn’t lost as they deal with the stress of preparing for their A-Level exams and applying for university, schools should make pupils aware of the sports clubs they have access to.

It’s also vital to remember that this can be a very busy and stressful time for students, with coursework and exams taking top priority. So, if they don’t know that these opportunities exist, many won’t look for them. Whether through sports-based school trips, presentations in lessons and assemblies, or even simple posters being hung around the premises, efforts should be made by all schools to advertise the benefits of keeping active to reduce stress and boost memory recall and concentration levels. This can ensure students keep up the habit of playing regularly.

In many universities, their sports teams are an important part of their identity. Thus, when many pupils reach university, they choose to play sport alongside their studies for a number of reasons. As well as participating in classes and playing recreationally simply to meet new people, they may choose to play competitively to feel more involved in their university, and a part of a community. At university, sport is played competitively at two different levels. The first is representative or performance sport, where matches are played against other universities. The second is intramural sport, where sports are played at competition level within your university.

Being able to think critically and evaluate your own performance is vital for playing competitively, and playing well while doing so. Without this important skill, students won’t be able to elevate their playing ability to the next level, as is required to play at university. Some things secondary school P.E teachers can do to develop their pupils’ critical thinking skills is to examine professional players during matches, identifying the playing styles and techniques that have helped to make them a great player.

Respectfully critiquing each other’s performances, their own performances, and setting plans for what they want to improve and in what timescale can also be highly advantageous to students.

Glen Lutz, MEd, experienced principal and consultant to The Polytech explains that “sometimes, a professional athlete may be tremendously gifted and talented but burns a big bridge with his team or loses an opportunity altogether because of operating only in the moment based on his feelings and not considering cause and effect.  Those gifted with athletic abilities know intuitively how to compete. Their barriers to even higher performance are often systemic, such as being able to navigate through a process and attending to the details that are necessary to ‘keep one’s eye on the ball.’

Training the brain has enormous benefit in getting the college-bound athlete ready for anticipated and unanticipated challenges. Coaches try to fill this role by offering advice and sometimes supervision, punishments and rewards to try to encourage better behaviour, preparedness, and punctuality. An outside tutor or therapist can support emerging athletes by enhancing their cognitive, emotional, and social growth by teaching executive function skills such as time management, decision-making, organisation, collaboration, deferred gratification, and the ability to accept and give criticism. Though seemingly academic skills, there can also be improvements within athletics as well, especially at highly-competitive levels.”

Alongside organising games that follow the professional rules, playing different versions of a sport can help them to develop their skills in this game. These can be introduced as pupils move into secondary school because they will already have mastered basic movements, and defending and attacking skills. For example, ‘futsal’ is a type of five a side football that is played indoors with less players and shorter gameplay. Due to this, futsal can help players to develop their ball control and manipulation, decision making, defence and passing skills. Each of these are vital in a regular game of football.

How sports tours can aid in pupils’ development

Sports tours are beneficial for schoolchildren of all ages. They enable players to develop their skills in various sports, from football to hockey, providing them with the chance to play in some of the world’s biggest clubs and receive training from professional coaches. This lets them explore the experience of playing professionally first-hand.

Even when sportsmen and women have moved on from their education, they will always remember the teachers that inspired them, picked them up when they were down, and drove them to do better in the study of sports and all disciplines. As a P.E teacher, you should be focusing lessons on fostering a love of sport from a young age, making it enjoyable while teaching them the skills and tactics they need to progress to the next level.