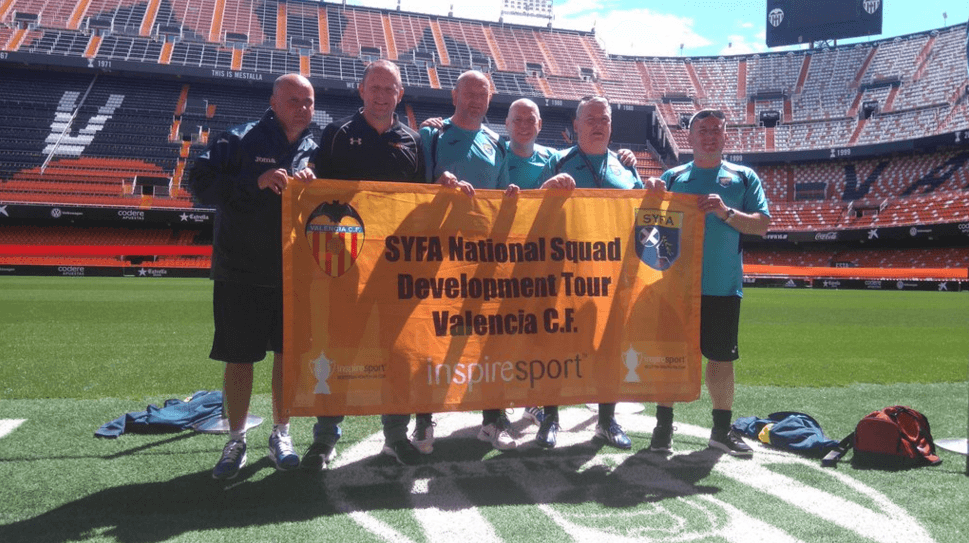 Leading youth and school sports tour company inspiresport have this week signed a 3-year partnership with the Scottish Youth FA (SYFA) which includes the sponsorship of the prestigious Scottish Youth FA cup competitions.

The agreement will see the competitions renamed inspiresport Scottish Youth FA Cup from the 2015/16 season.

Steve Butchart CEO of inspiresport: “Although traditionally we have focused on the secondary school market, this partnership demonstrates our strategic commitment to opening up the same best- in- class development tours across all youth football.

We are delighted to be sponsoring such significant cup competitions and very much look forward to working with the SYFA over the coming years.

David Little, SYFA CEO said: “The SYFA are committed to the development of young players of all abilities at grassroots level throughout Scotland and are delighted with  securing a title sponsor of the reputation of inspiresport.”

Following consecutive years of record growth at inspiresport, this deal comes as part of a number of initiative to fall in line with a strategic long term expansion plan.

Steve Butchart explains, “2015 has been a fantastic year thus far for the business the performance of the core operations has seen a continuation of the momentum created over recent years and additionally we have been able to expand the product proposition into both new markets such as the USA and new sectors such as ski. The agreements with Tottenham Hotspur, Aston Villa, CFS – Manchester City and now this agreement with SYFA which is further evidence of our ambition to further develop the brand.”