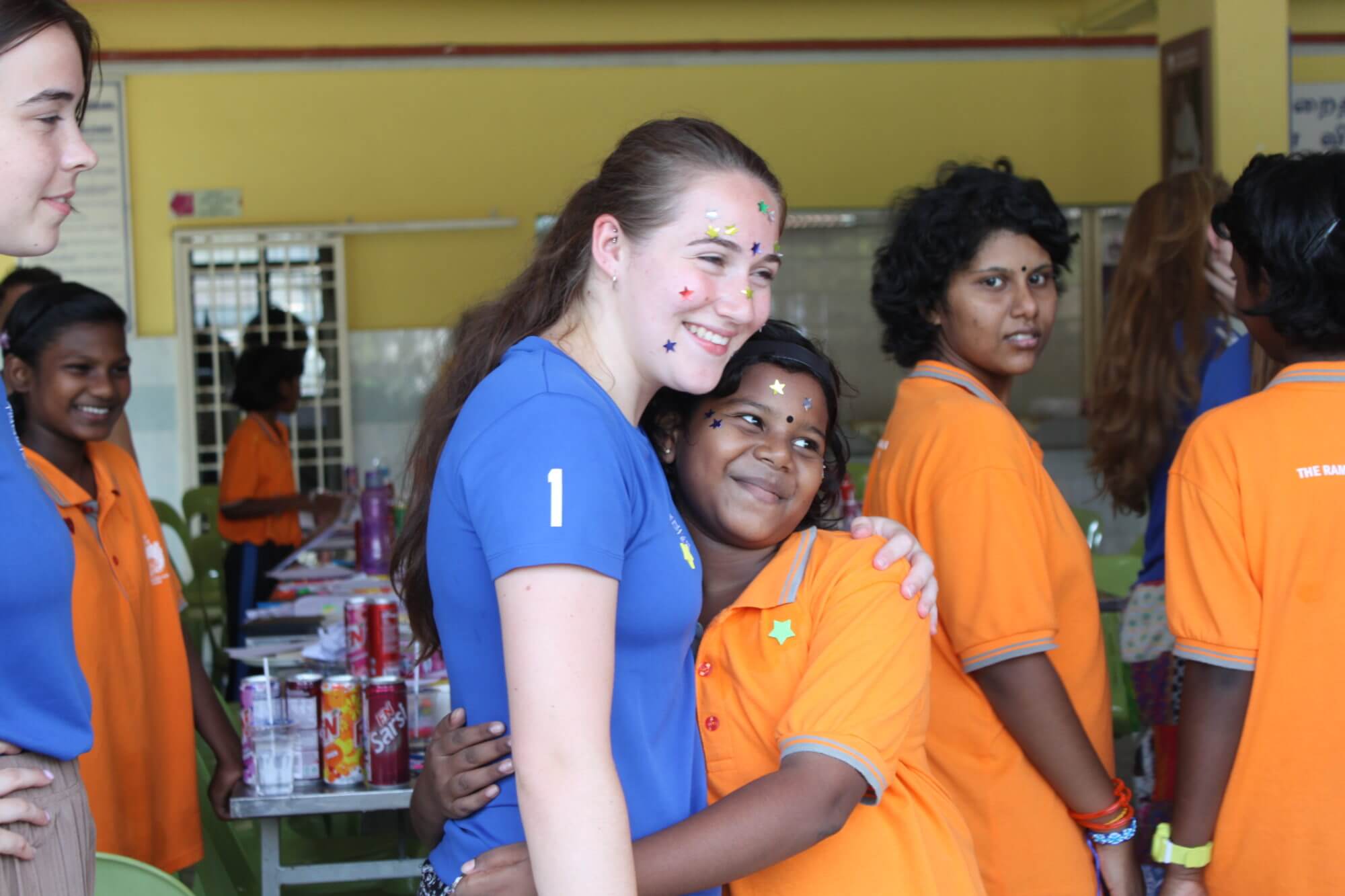 Students on a remarkable inspiresport  tour to Singapore, Kuala Lumpur and Penang return to the UK utterly humbled by their experiences. Here students discuss their meeting with local children from Penang orphanage…

WHEN you are 14 and planned for three years to make a trip halfway around the world, finally getting there is a reality to savour.

Elly Broughton, 17, sat on the grass in Ramakrishna Ashrama, Penang, seemingly unaffected by the pounding heat of the sun as she busied herself with a bunch of underprivileged girls surrounding her and her bag of gifts.

She bought, from a shop in her hometown in England, an assortment of cute notepads, hair bobbles, fluorescent ballpoint pens, pencil cases and colourful stickers to the home founded in 1938.

As they delighted in the presents, one of the orphans plucked at Broughton’s sleeve to get her attention, drew a circle in the air around her head and said: “Please remember my face”.

“I will. I will always remember,” replied Broughton with a long look at the little girl.

She said it was her first time out of Europe and had been waiting for the trip for three years.

The netball and hockey player from Leicester Grammar School (LGS) was on a two-week sports tour to Singapore, Kuala Lumpur and Penang. Ramakrishna Ashrama was the final stop before they flew home.

There were 36 of them, aged 15 to 17, led by four teachers and deputy headmaster James Rich.

This is the second time since 2014 that the school brought its students to Penang and the orphanage.

Every LGS girl brought her own gifts for the home’s children, but Katie O’Connor, 17, offered a special treat.

Figuring that her mates’ gifts were ‘girlie-based’, she bought a RM60 aluminium alloy scooter for them while shopping in Kuala Lumpur.

“Every kid in England has a scooter and I thought it would be an exciting gift for the boys,” she said.

Rich said the sports tour had been an enriching experience for the students. The LGS boys, he added, were also on a trip at the same time to Sri Lanka.

“They competed in friendly matches with many teams in every destination and learned a good deal about competing in a wholly different environment,” he said.

They drew 1-1 in the first match but were trounced 4-2 in the second.

“The tropical heat was a major lesson that helped them to understand their performance as athletes,” Rich added.

Before the trip, the girls spent a year running a fund-raising campaign at their school for Ramakrishna Ashrama.

Teacher and group leader Nikki Laybourne said they organised a triathlon, sold cakes and served smoothies made with bicycle-powered blenders to raise RM16,981 for the home.

“Their visit is a blessing to the children in our home,” said ashrama president Swami Supriyanandaji.