Poole High School pupils and their teachers were staggered to see the former Manchester United star watching his son play on the pitch they had just been playing on themselves.

Teachers Mark Duffy and Lee Francis were thrilled when the ex-France international posed for pictures with the boys and chatted with them about his playing days.

“He was an absolute gentleman, posing for photos and listening to excitable students – and teachers – reminisce about his incredible playing days” said Mr Francis.
The group was in Portugal over Easter for the school’s annual football tour, this year affiliated with top Portuguese club and inspiresport partner SL Benfica.

On each day of the tour the pupils were coached by Benfica coaches at the club’s training facilities.

One day they caught a glimpse of the 1st team training and on another day the students trained outside the picturesque Estadia Da Luz, Benfica’s stadium.

The group was also given a behind-the-scenes tour of Benfica’s stadium and enjoyed lunch overlooking the pitch before watching Benfica’s rivals Sporting Lisbon in action.

Mr Francis added: “The whole trip was a truly enriching experience for all involved. The football coaching from Benfica trained coaches, the fixtures against local sides and stadium visits were of the highest quality, and the trip as a whole will be one we will all cherish. We are very much looking forward to next year’s tour and seeing what that brings.”

Poole High School is running a football academy for sixth form students this September. This is a football and education programme for boys and girls. 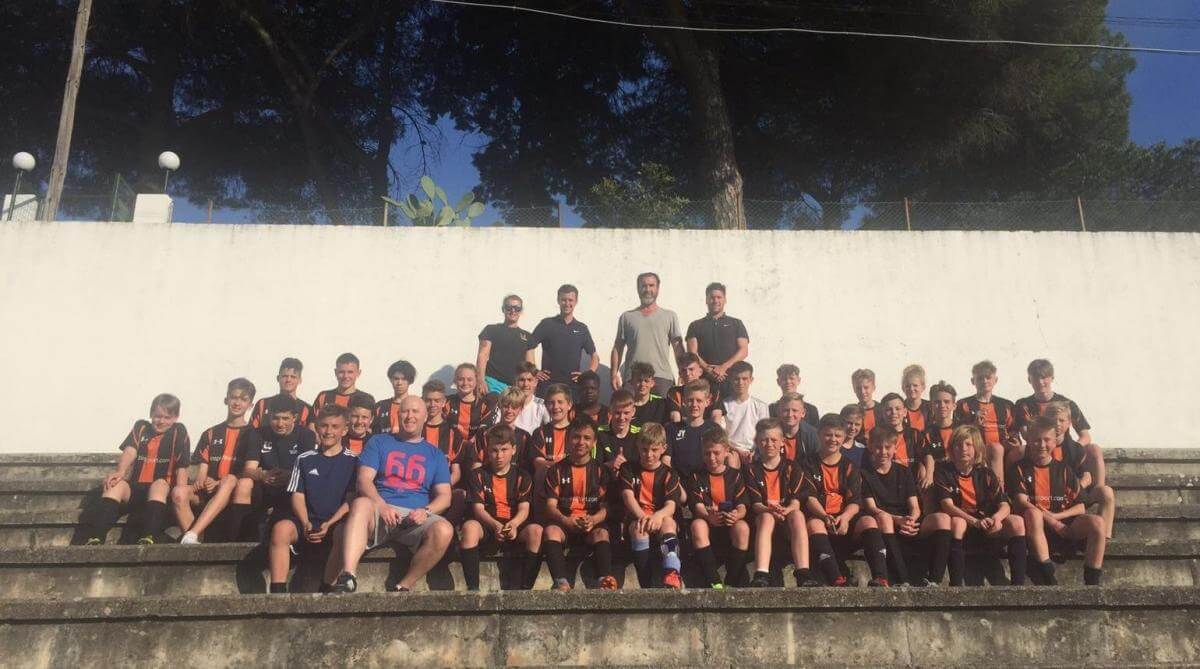