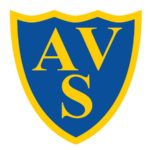 On 26th May 2017 a group of students and teachers from Avon Valley School and Performing Arts College in Rugby traveled to Manchester for a 3 day, fully immersive tour to Manchester City FC and the phenomenal academy facility at the Etihad Campus. For 3 days the pupils stepped into the life of a professional player with top level coaching sessions by Man City’s Academy coaches, traveling in style on the Club’s first team coach and a behind the scenes Etihad stadium tour.

See what the school had to say about their experience…

“Thirty-two students were invited to attend a trip to Manchester City FC as a reward for their commitment to extra curricular training and football fixtures. We arrived at the club and were greeted by the coaches who immediately set the standards by treating the students like professionals. Inside the changing room the strips where hung up, ready for the students to change into for their first training session.

With the Manchester sun making a rare appearance, the students were put through their paces in the heat, looking at close skill control, possession and 2 v 1 attacking and defending drills. Lunchtime arrived and the students looking perplexed at the chicken, pasta and spinach. Not a chip or hotdog in sight! After lunch we walked over the bridge to the Etihad Stadium where we had a tour and visited the club shop.

In the afternoon there was time for another training session in the blistering heat. The students were split into age groups and worked on using the width of the pitch and the wingers. A skills ball was introduced to look at their first touch and ball control. After the training a visit to a local Toby Carvery allowed students to fill their plates with as much food as they wanted. We then departed to go to our posh hotel and finally time for some sleep.

Day two began with breakfast and a treat for the lads. The first team bus had arrived to pick us up and take us to the training ground. Sky sports, leather seats and an on-board kitchen greeted the students as we travelled in style. We felt extremely lucky as we were only the second group to be allowed to the travel on the coach.

All kitted up again, the lads took to the training field in preparation for our afternoon fixtures against Egerton FC. After lunch at the training ground, the coaches took us on a tour of the HQ facilities visiting the offices overlooking the eight immaculate pitches and a trip to the media centre.

Overall, a very very good trip which the lads and staff thoroughly enjoyed.”